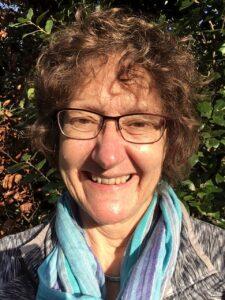 Please introduce yourself and your area of work.

I’m Hazel Inskip, and I’m a statistician and epidemiologist. I’ve worked in cancer epidemiology, hepatitis B and liver cancer in West Africa, occupational health – particularly that of those exposed to radiation – and more recently in maternal and child health with a particular focus on the preconception and pregnancy influences on the child’s growth and development.

For how long you been a member of the SSM?

I’m not exactly sure when I joined the Society, but I first attended the SSM ASM in 1980 at Churchill College Cambridge.  Given that I’m retiring this coming June, I thought that this year’s ASM at Churchill College Cambridge would have been an ending with some symmetry – little did I know it would be online!  I guess I joined SSM in 1980 or soon after (before many SSM members were born!!).

What means Social Medicine to you, and do you think the field has changed over the past years?

The term is a bit outdated now and hence the move to rename the Society recently.  When I started in research, it was almost synonymous with Community Medicine – another old fashioned term. But I take it to mean much the same as Population Health.  The field has changed massively.  Historically the focus was almost exclusively on cancer and heart disease in high-income countries and infectious diseases in low and middle-income countries. Now we examine a much broader range of disorders and consider influences on health behaviours, for example. No one did qualitative research years ago, yet the value of it is now recognised.

Did you enjoy your role on the committee?

I loved it! I had two roles – Mentoring Officer and President – both of which were very rewarding. Working with an enthusiastic and dedicated committee was great, and it meant that meetings were creative and fun.

Did the role contribute in any way to your career?

I’m close to the end of my career now, but I think the mentoring officer role taught me a lot about how to have better conversations with people, and that’s been very useful in my work. Being president certainly enhanced my standing I think, though that wasn’t the reason for taking it on, and I learned a lot from the other members of the committee who were so supportive but could, rightly, be challenging too.

Would you recommend it to other SSM members?

Without doubt. It’s a great way of broadening your network and engaging at a national and international level. Our link with Ireland may be increasingly important for those of us in the UK in a post-Brexit world. There is work to be done of course, but all feels well worth doing.